– Having a clear vision of their desire and knowing why they want it.
– Striving for what they want, not just what they (or you) think they can get.
– Being in “feeling state” of having the goal, and practicing this feeling often.

This week we are going to look at the fourth key to helping your kids achieve what they want in their lives:

Find and seize opportunities to help your children reach their goals

Did you know that when you make a decision to go for a goal, the universe immediately sets the people, circumstances, ideas, and situations in motion to help move you toward the goal?

The minute you decide to do something, the minute you 100% commit to it, you will be presented with an opportunity, which I look at as a wonderful gift from the universe.

In fact, one of the things that distinguishes a person who successfully achieves a goal from a person who fails to achieve a goal has to do with 2 things:

2) Their willingness to step into those opportunities

I remember when my son really wanted to perform a solo at a school event. He came home from school one day looking really dejected. When I asked him what was going on, he said that he always volunteers to do the solos when asked, but he never gets chosen. He started feeling really bad about this and I realized that he didn’t know how to tap into the power he has to change the situation.

When I asked him if was ready to change the situation, he heartily agreed. So, we set a goal for him that he would sing at one of the upcoming school events. We made this goal knowing that there wasn’t another school program for several months, but I decided to just put the goal out there and let the universe do what it does best.

We followed the steps I shared in my previous 3 blog posts about achievement goals, and here is what happened.

Two weeks after we set this goal, a attended an open house at school. It was an “evening of the arts” where we would learn more about how the arts were being integrated into the curriculum.

At one point, we were invited to visit the music room to see a demonstration by my son’s class. When it came time for the singing portion of the demonstration, the teacher realized that the child who was supposed to do the solo was not present.

He asked if any of the other students felt they could do the solo, despite the fact that they hadn’t been anticipating doing it. Several kids hands went up, including my son’s.

Almost if by divine appointment, my son was chosen, and I must say, his little voice sounded angelic that night!

Now, my son could have decided not to volunteer for this opportunity, as this isn’t exactly how he envisioned doing the solo. However, he seized the opportunity, and in doing so, the universe rewarded him by allowing the teacher to select him.

Two weeks after setting this goal, he had achieved it by stepping into his opportunities! Now, sometimes the opportunity doesn’t look like an opportunity, but that doesn’t mean that it isn’t going to get you closer to the goal. My son may have felt that he wasn’t prepared to do a solo at the spur of the moment, or he may have felt a pang of stage fright. but he didn’t let that stop him. He seized his opportunity and did a lovely job.

It really is as simple as that. Make a decision, and then be on the lookout for opportunities. By making the decision and looking for the opportunities, you create them! Then you just need to seize the opportunity when it is presented.

So, guide your child to be on the lookout for opportunities that will help them achieve their goals and encourage them to move forward, even when the opportunity comes in an unexpected way.

What did you think about this tip? Do you help your kids find opportunities to achieve their goals? Please share your thoughts here!

I have started a new job… just one of the many new changes happening in my life. It all started by working your Powerful Girl Within program. My daughter is having a much better year at school. Though she still has some anxiety, her confidence with peers has improved dramatically.
My daughter and I also joined girls on the run after listening to your recording. It has been amazing. I never knew my body could run a 5k ever! Saturday is our big run and it will be a celebration of so many posit… END_OF_DOCUMENT_TOKEN_TO_BE_REPLACED

My daughter participated in the Powerful Girl Within Program earlier this year. This is a very important program for girls in their pre-teen years to learn skills for dealing with the pressures that face them in the years ahead. I wish I had something like this when I was her age. I’ve seen two long lasting behavior changes in my daughter in the months since the program. First, my daughter added a piece to our bedtime ritual where she shares with me something she’s grateful for. She does this ev… END_OF_DOCUMENT_TOKEN_TO_BE_REPLACED 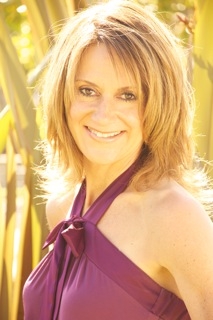